original magazine reviews for all the 5huns

original magazine reviews for all the 5huns

I remember Larry's site had all the reviews pasted from magazines from 85-01 think. Kinda cool to see what they said about them and see the old bikes in action. Anybody got some of these? I have a '91 CR500 review from dirtbiker mag.
Top

ya larrys site had them all. and if i remeber correct the honda was king every year 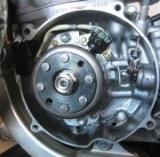 The CR didn't win all of them. The different mags usually shared opinions on the bikes, but sometimes (very rarely) ranked them differently. But generally speaking the KX took the late '80s as favorite, CR dominated the early through mid '90s and the KX again was favored later that decade. The KTM however was often held in higher regard than both of them from '97 on. And then after '98 there was no point in reading the open class shootouts because the magazine's had such a fucking hard on for the 400 Yamaha

Funny thing is when I go back and read through them all, their feedback from the two 500s from one year to the next varies widely...strange when they were no different the year before? One year the CR vibrates like a mo-foe, next year it doesn't. And one year the KX makes increadibly linear power the next it's a pipey two stroke?

I find it unwise to scan the articles and post them. But what I will do is go through all of them in the next couple weeks and write a document on ALL the 500 ride tests and shootouts from the last 15 years or so. Quote rider impressions and note noticable improvements from one model year to the next.

MICK wrote: But what I will do is go through all of them in the next couple weeks and write a document on ALL the 500 ride tests and shootouts from the last 15 years or so. Quote rider impressions and note noticable improvements from one model year to the next.

The KX500 ruled the roost for much of the 80s. It was an easy bike to coax more speed from. It was considered to have among the best suspension, brakes, ergos, transmission and power delivery in the sport. The CR500 was just not as friendly thus not a favorite among riders until the early 90s. A narrower power band and poor handling saw the Honda finish second to the Kawasaki each time and also to the KTM on occasion. Not a well rounded bike.

The below information has been taken from Dirt Bike, Dirt Rider, Motocross Action and Dirt Wheels magazines. It is grouped together by years of dominance for each 500. To break it down year by year is really unnecessary because each bike dominated for the same reasons every year. It would read much like a broken record. The information is written in chronological order, which is to say every sentence is taken from the next year, next models review. The KTMs mentioned are the 500 during the 80s, and the 550, 360 and 380 of the 90s.
Something to remember is that between 1991 and ’97 some of the previous strengths for the KX500 had become its weaknesses. Because the Kawasaki had gone virtually unchanged since 1987, what was acceptable early on had become dated by the late 90s. The Honda was improved every single year from 1987-’96. Receiving suspension upgrades annually, stronger brakes, and wider power. The Honda was truly a case of making a good package better.

1987-’91
The KX500 was the best in class. No one does big bores better than Kawasaki. The KX boasted excellent suspension, good handling characteristics and a super user friendly motor. The Kawasaki does take a back seat to the Honda in terms of power output, but the power delivery doesn’t punish the rider for being aggressive. The KX may not be as fast from corner to corner either as the Honda or turn as sharp. But the KX soaks up the chop well and doesn’t shake at speed. When the track has been chewed into nastiness, the KX is the most confidence inspiring of the big bikes. It works with the rider, not against him. The KX is the king of brute acceleration walking away from even the KTM. For years the Honda’s downfall has been its suspension. Never been considered an easy bike to ride, the CR erupts with horsepower early in the power band. The Honda runs out of power and needs shifted when the KX and KTM are able to roost away. The CR does however produce more bottom end power than either KTM or KX.

1992-‘97
Honda has best bridged the gap between brute power and manageability. The ’92 CR500R isn’t quite as fast as the KX500 or KTM on top, but it feels like a midsize bike out of corners. Suspension and turning are excellent, but it is very busy at speed. This is the only real flaw, and a rider will have to do some motor work to make it run with a KX500, but the stock CR500 is the best compromise between brute power and ease of riding.
The CR500R is preferred over the CR125 and 250 by most riders. No one ever accused the CR500 of having a meek motor, but the new version is very easy to control. Now it’s even smoother than the KX500. For motocross the CR has the best gearbox. Not only does it shift better than the others, but it has no gaps. The CR may not produce the most power, but it delivers it the best. Roger Decoster says about the CR500, “Right up front I have to say this is my favorite motor.” The Honda is the ultimate in smooth acceleration. The bike makes big, throbbing pulses like a nuclear generator that just went online. It hooks up and accelerates hard. What a blast!! The Honda’s motor is also the sweetest in every other respect. Gear ratios, shifting and clutch feel are all awesome.
The Honda doesn’t steer as sharp as the 1987-’89 models, the steering geometry had been changed in favor of more stability. The CR is downright nimble. It’s almost as if all of the good handling traits from the YZ490s, RM465s, KTM 550s and even the KX500s of the past have been rolled into the CR. This is as good as 500cc handling ever got. The Honda actually turns. That’s something the KX guys have always been jealous of.
A CR500 is super steady at speed. What about headshake? It’s still there. For the most part it’s an indicator that the bike isn’t quite set up right. The shock is as good as anything out there but the forks are mediocre. You have to get used to feeling little impacts transferred through the bars.
If you ask a CR500 owner what the bike’s weak point is, he will just stare at you blankly. While XR600s are notorious for breaking third gear, KX500s break sub frames and various transmission parts, and KTMs go through ignitions. Honda CR500s break absolutely nothing. It will continue to be the best Open Class dirt bike in the world.

The two 500s were frozen in place after 1997. From ’98 on the big bores took a back seat to everything with cams and valves. Even KTMs were routinely looked upon with much higher regard than either 500.

*The KTM 550 was regarded as having the best Open Class two stroke motor ever produced. The 550 was only held back by poor suspension and a notchy gearbox. Made the most horsepower and produced the widest spread, besting even the KX for top end.

*The KX500 was the least improved platform, going totally unchanged for both 1992 and ’95 model years. Received a heavier flywheel in 1990 and improved suspension semi annually. Brakes improved only twice during the 90s. The KX has always been characterized as having excessive vibration, poor carburetion at low rpm and more difficult starting than the Honda. Last model change was 1997. 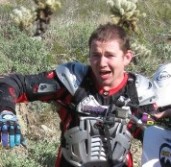