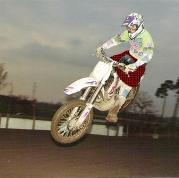 As expected, I went for my first ride yesterday. And as promised, here's my first impression about this Gen 5.

First of all, I'm on break in period. We did bore the cylinder and the piston has only 6/100th clearance, which is very very tight. So I had to ride smoothly... you all know what breaking in means

The general feeling is pretty much the same as with the Gen 4. Only the bike feels with a low front end and a high rear end. A bit like the kawasaki's from 80's - 90's.

I knew that the bike had an overtendancy to shake from the fron end, so I overtightened the steering stem, this coupled with the steering damper, it was OK, although I was not riding as hard as I usually ride, so maybe I will feel different later on.

The engine is very nice running, no vibrations, just perfect...

Anyway, I experienced horrible jetting issue. At Low RPM, the engine stopped like if I had no more ignition.
I can't tune the carb to idle and the overflow hose at the very bottom of the carb is constently running drop by drop.

I knocked on the carb's bottom and open the air screw by a half turn. The overflow stopped dropping, but the jetting issue went on and on.

As I had to deal with a huge double jump and a massive step up, I had no full confidence in the engine response and the worst thing is to have a jetting issue just when you face the jumps.

So I rode twice 20 minutes and went back home.

This first ride was much more a try to find tune the solve some issues than a real ride.

I will re build a new jetting setup and the issue will be fixed.

Anyway, here are a few pics...

My wife had an problem with the memory card on the first run, so no picture of a clean bike

Let's start for the second ride (my 7 yo daughter at the background is begging for a PW... should I?? 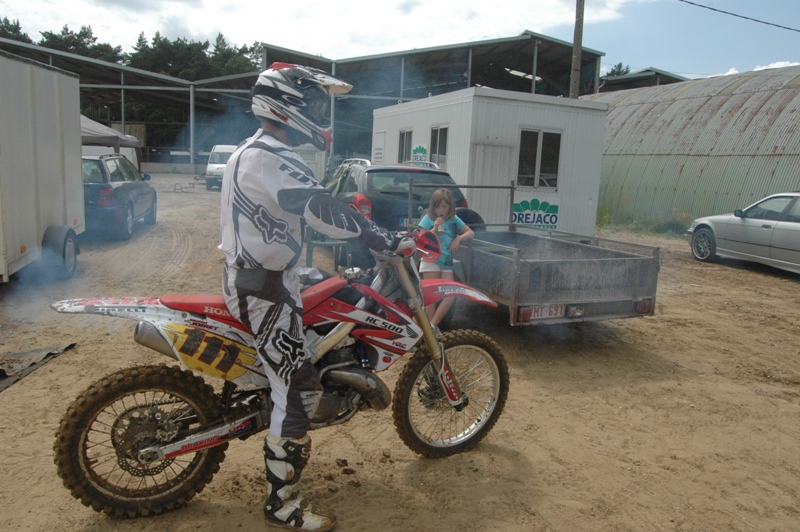 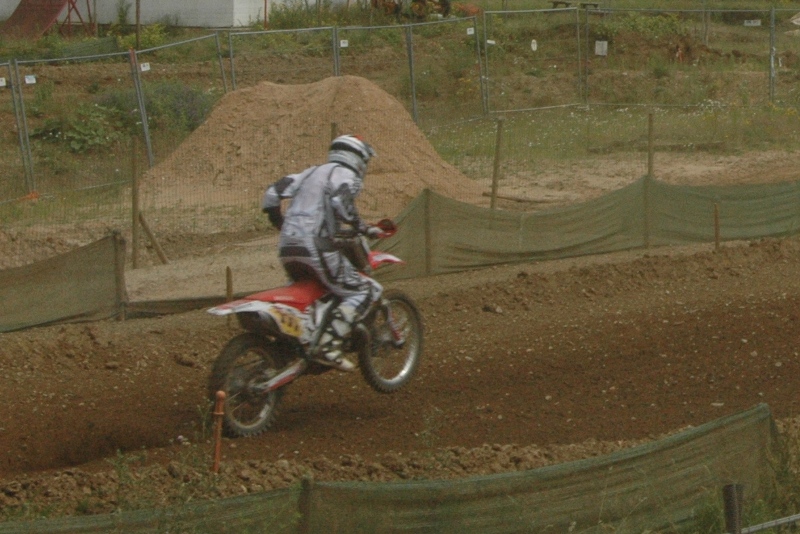 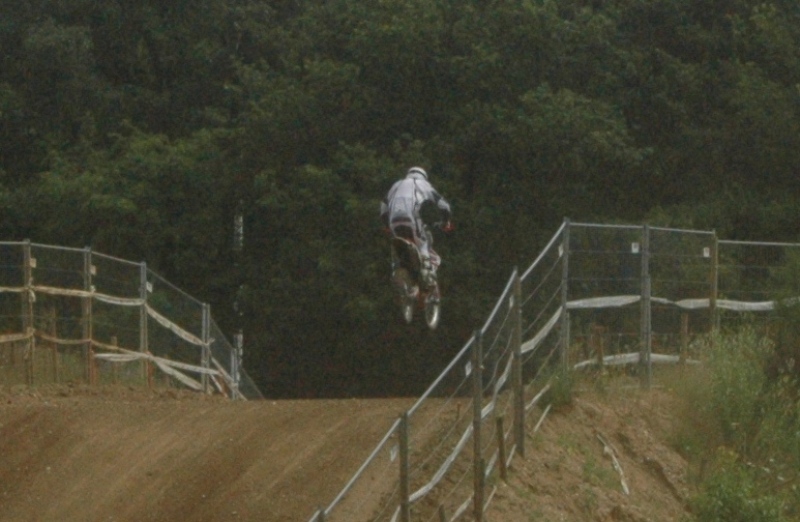 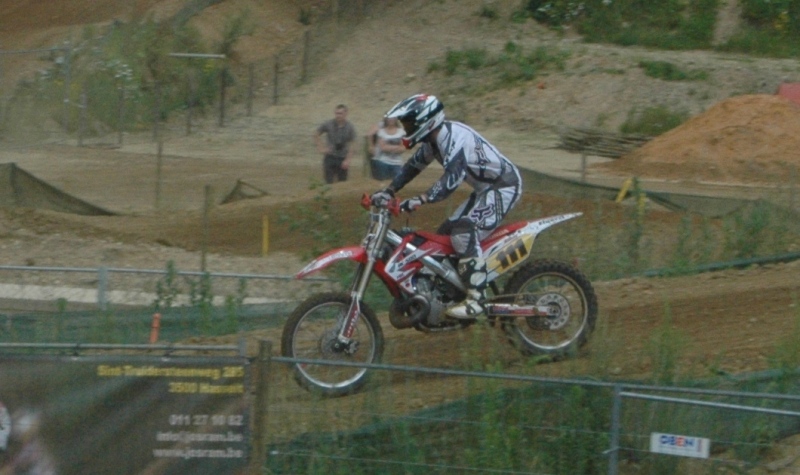 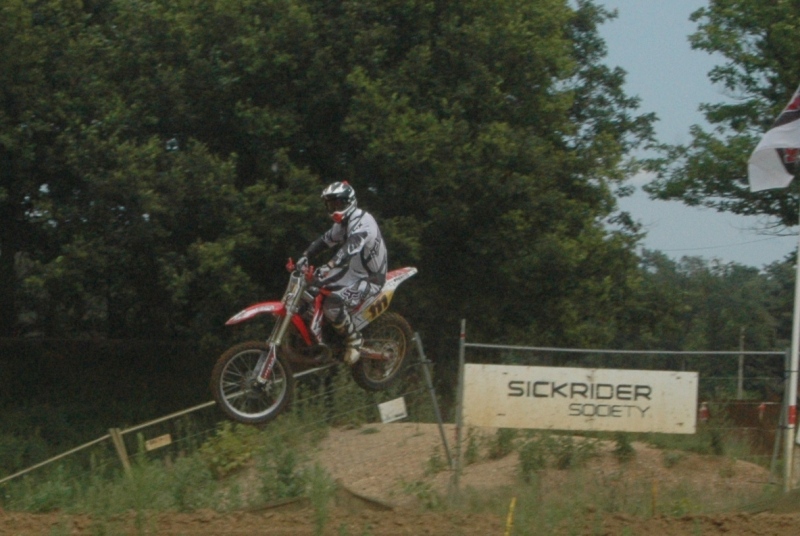 Finally, on a 20 minutes run, I had to kick start 15 times. It was more than enough.
Next time will be better. 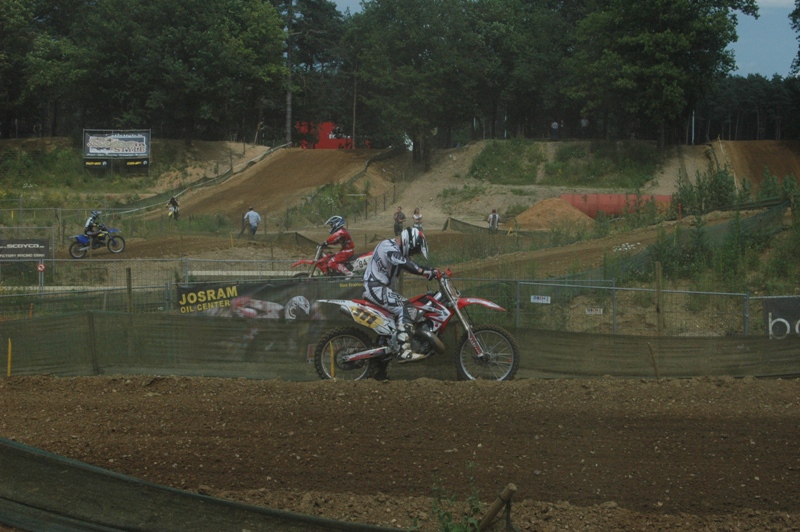 Jetting is frustrating at best!

That silencer looks so cool, hope you get everything sorted
Top

Dripping from the overflow is a float height issue... which will also contribute to bad jetting. Fix that first before you adjust anything else.
No longer have a CR500.
07 Yamaha YZ250, 17 Husqvarna 701 Enduro
Get on with riding or get on with dying.
https://www.youtube.com/mojoscojo
Top

Anyway, I experienced horrible jetting issue. At Low RPM, the engine stopped like if I had no more ignition.

before messing with anything buy a new needle and seat, 500s wear them out fast (and set float height properly)

i find the 250 ignition is extra sensitve to a lean AS setting
the 450 will have less power and will be harder to start, and will be heavier, but to make up for it it will require more maintenance.
4stroke=dead fish
Top

Yes you should get your daughter a bike, my boy is 26 months old and has a fit on days that he can't ride his PW.
Top

news from the war

The float height is corrected and the idle jet is changed because the one in the carb was blocked. Not surprising that the bike was not able to idle.

So I went for a small ride but still experienced problem at low RPM.

Finally, it comes from the premix. I'm on break in and premixed at 3% which is way too rich. At low RPM, the oil volume is too important and drowns the plug, leading to a wrong spark and the engine stops.

At higher RPM, no issue at all.

So I will make another premix at 1.5% and will fill the tank, mix the 1.5% with the actual 3% and everytime I will refill, the premix will turn leaner and leaner until 1.5%

I guess that the jetting issue will be solved so.

Anyway, I have a fork problem because some oil is coming out from the air bleeder valve.

So I brought the fork at a Kayaba official shop to make a proper maitnenance and fine tune the settings.

I get it back on friday so next ride is on sunday if the weather is not rainy.

I will keep you posted about the results, and if I was able to finally ride at the full potential I'm used to, I will let you know about the general feeling on a Gen5